“I would recommend Sensory! It’s been a pleasure working with their team and they were great with the other trades on site”.

We met Mr Poole at the planning stage of his renovation.

The building contractors were instructed to extend the property by knocking through the dining room and kitchen to make a much bigger open plan living space comprising of three zones. The new zones (kitchen and dining room flowing into a snug area.)

After a site visit from us, Mr Poole made a clear indication that he wanted a screen in the snug MUCH bigger than his mates. His friend had just purchased a 65” TV with audio equipment to compliment. We recommended a visit to our showroom to show the family what was available and run through some options.

Essentially, there were to be four main TV’s in the house with some additional TV points in the children’s bedrooms which would just require Freeview. Mr and Mrs Poole also liked the idea of having a music system in the new open plan living space.

We had also picked up on the fact that the WiFi signal from the Sky hub was poor and only really covered the existing living room and a bedroom upstairs, this needed to be improved.

Whilst Mr Poole was fairly taken with the idea of projection in the snug to rival the size of his friend’s TV we agreed that it wouldn’t be correct for the project as the amount of daylight would be tricky to combat. The family were also keen on the ease of Sonos as oppose to using in wall speakers with an AV receiver.

In the snug we specified a 75” Samsung smart TV which was to be recessed into the wall for a clean look along with a Sonos Playbar. We paired a Sonos Connect:amp with Monitor audio CS180 ceiling speakers for rear sound along with a Sonos Sub in this zone to create a 5.1 theatre.

As the building flowed into the dining area we specified another pair of CS180 to create the second audio zone. This, followed by a smaller kitchen TV with a Playbar. As the new extension was to include bi-fold doors to the outdoor living space we recommended an additional zone of Sonos comprising of a pair of Monitor Audio Climate 50.

Video distribution was to support 4K using the HDAnywhere MHub (4×3+1) matrix. this would allow the family to view two SkyQ boxes in any of the four main rooms. A new aerial feed was installed to every TV including the children’s bedrooms and guest room.

We are also happy to report that the additional Unifi wireless access points which we installed in the kitchen and loft are delivering speeds of up to 45mbs. 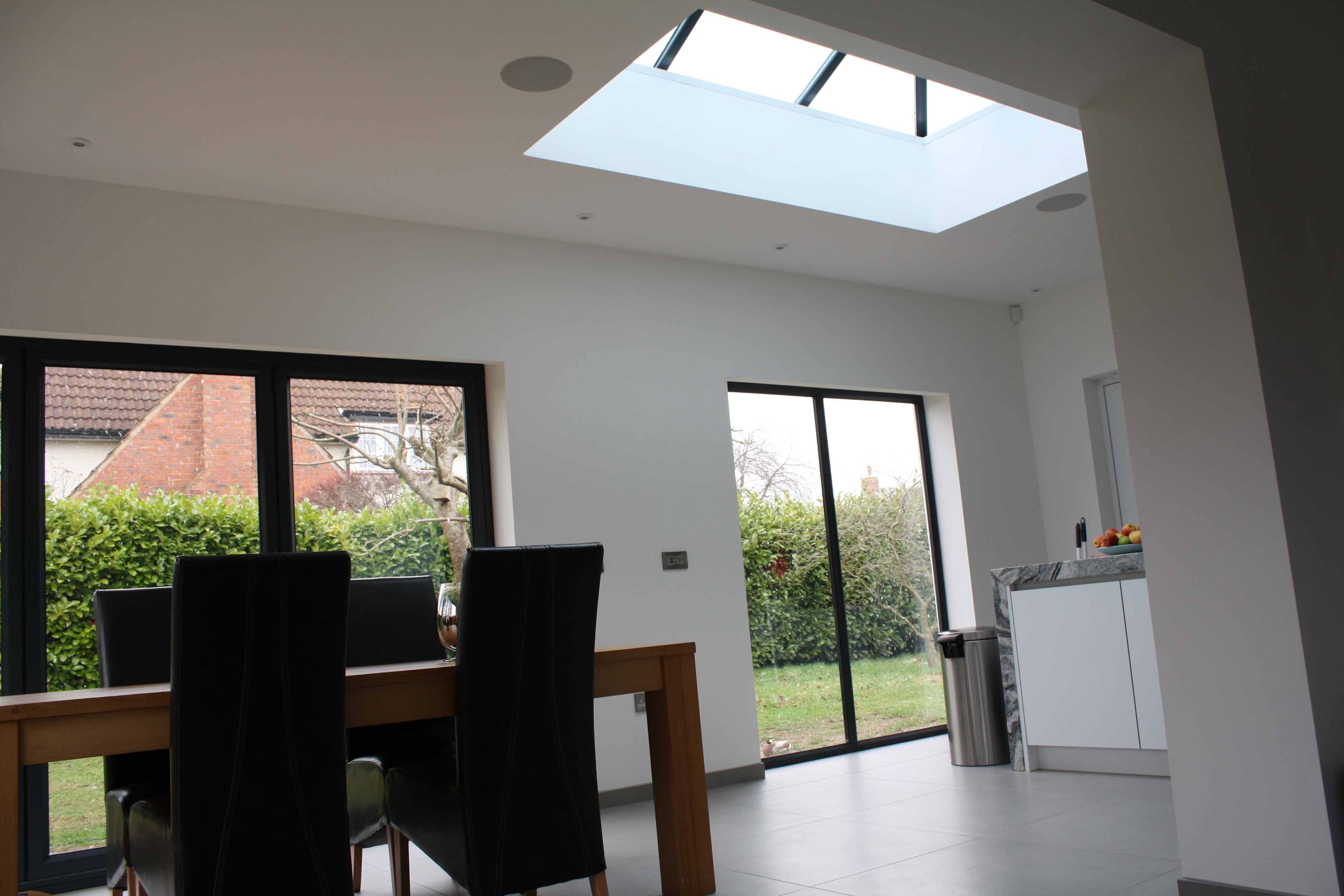 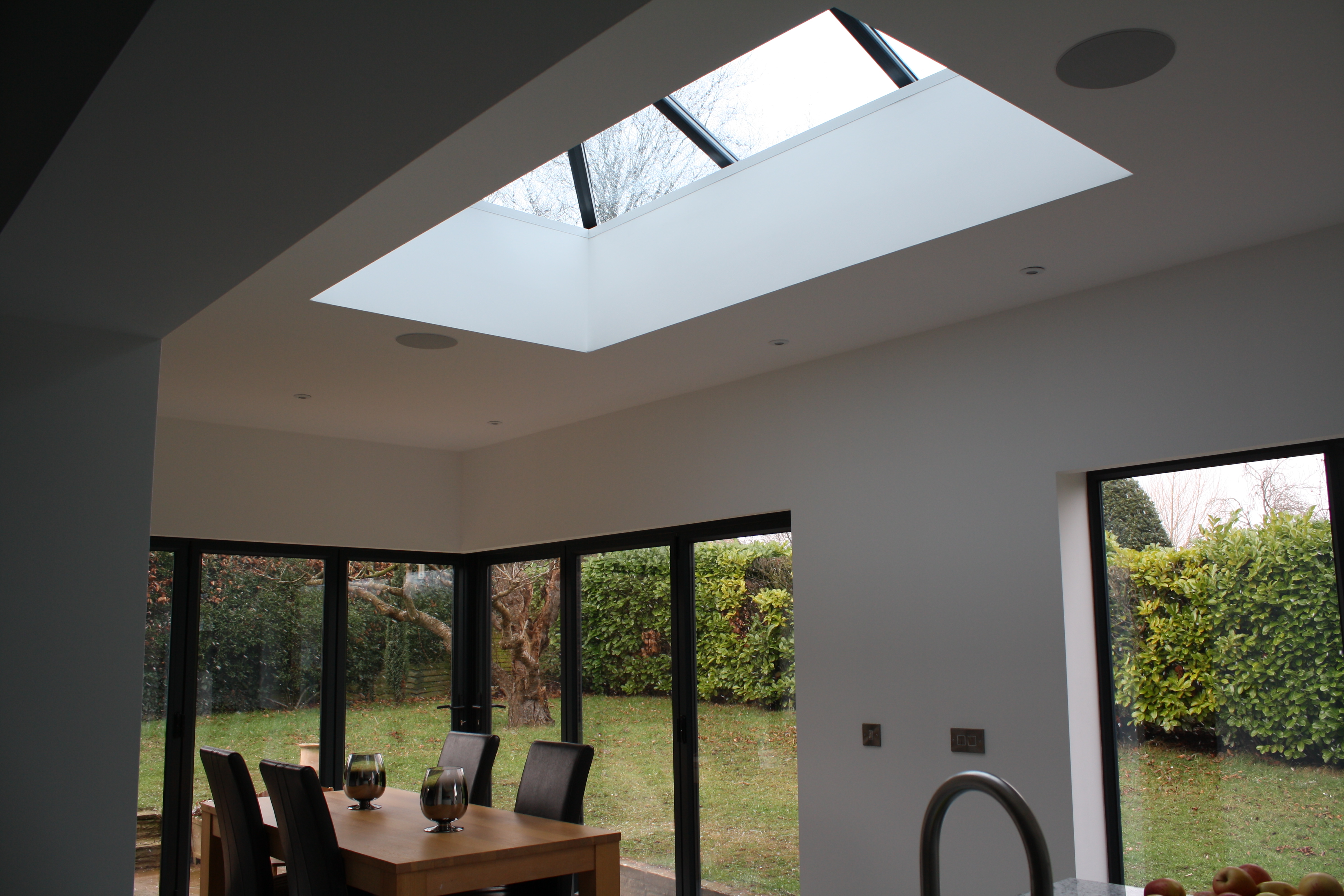 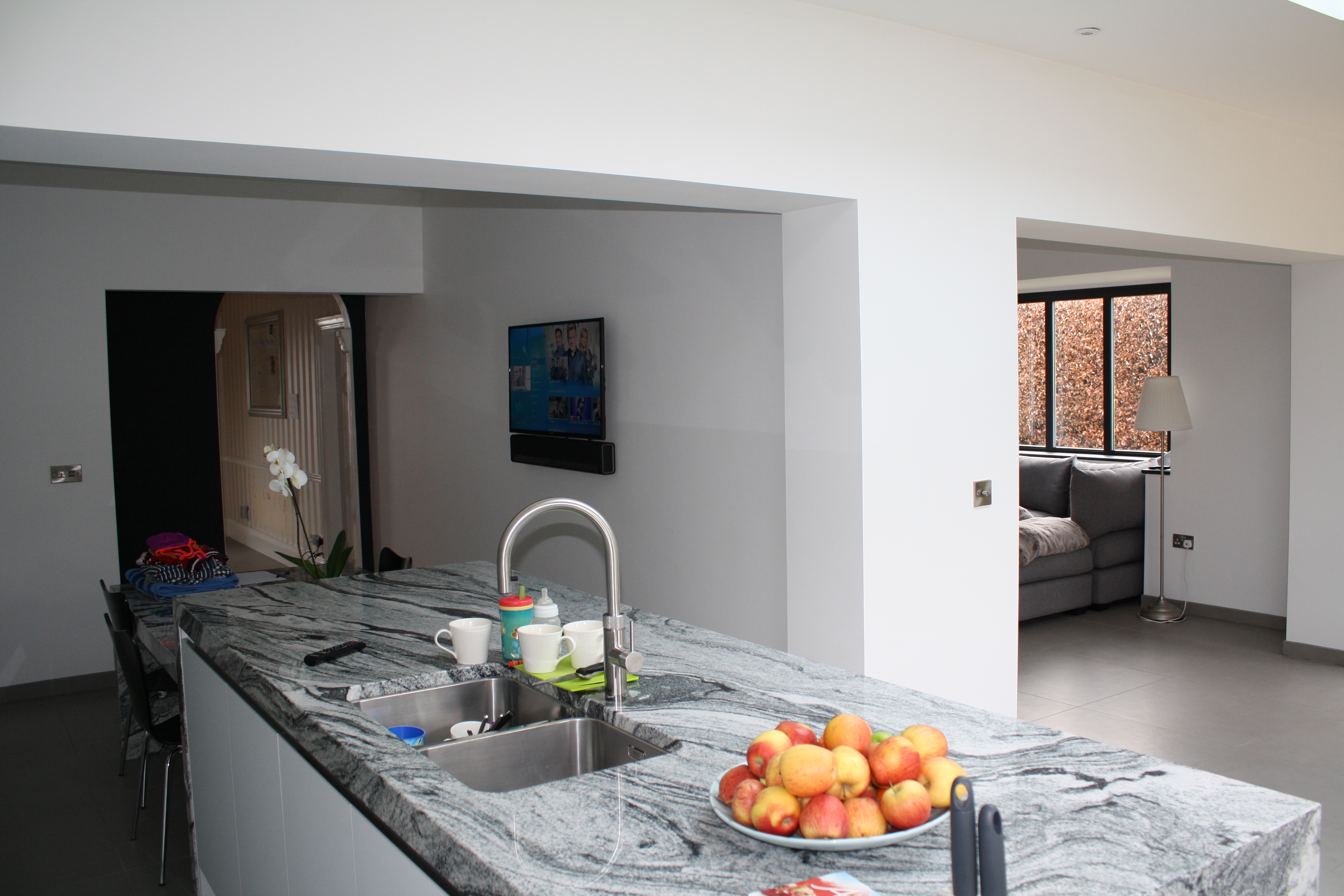 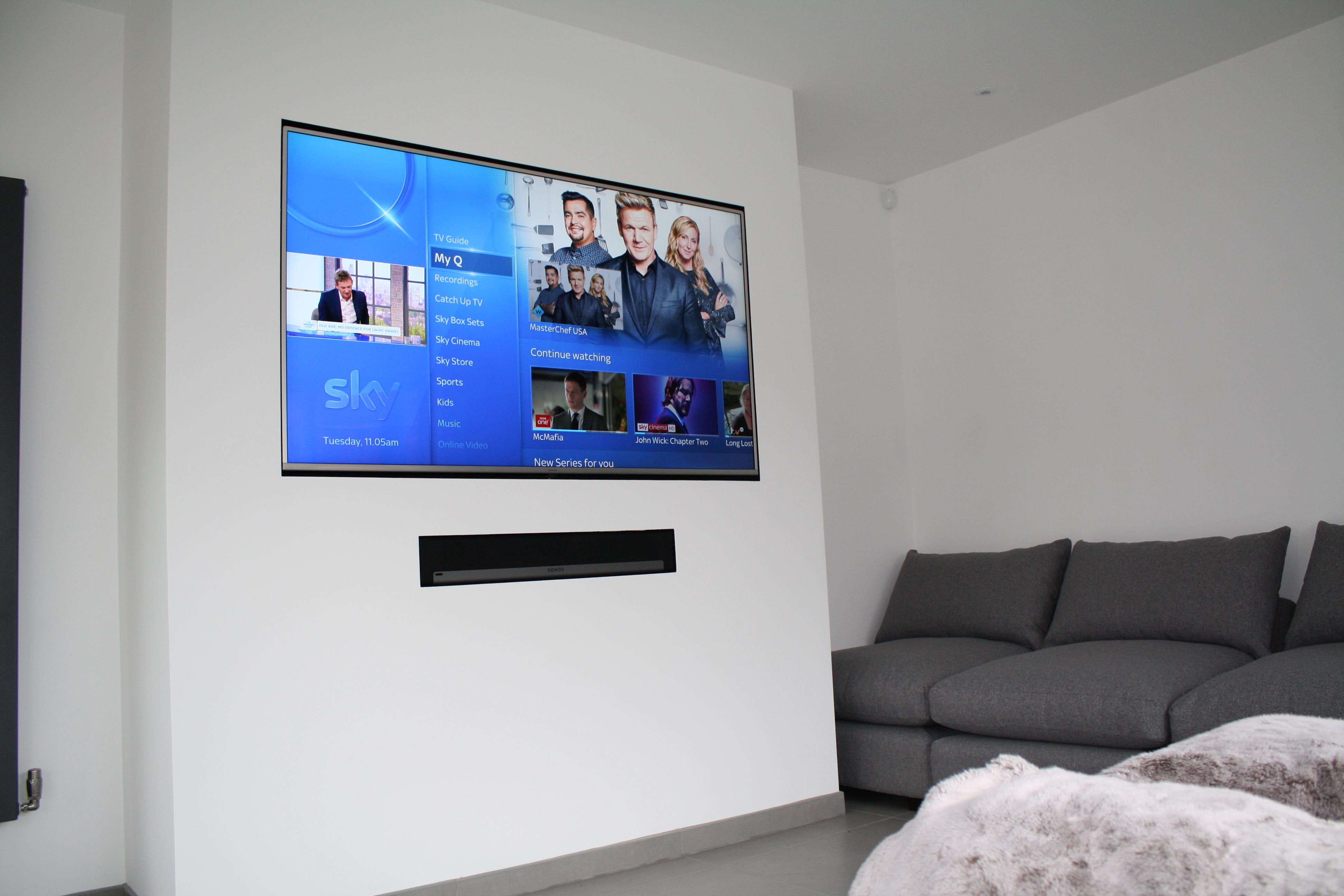